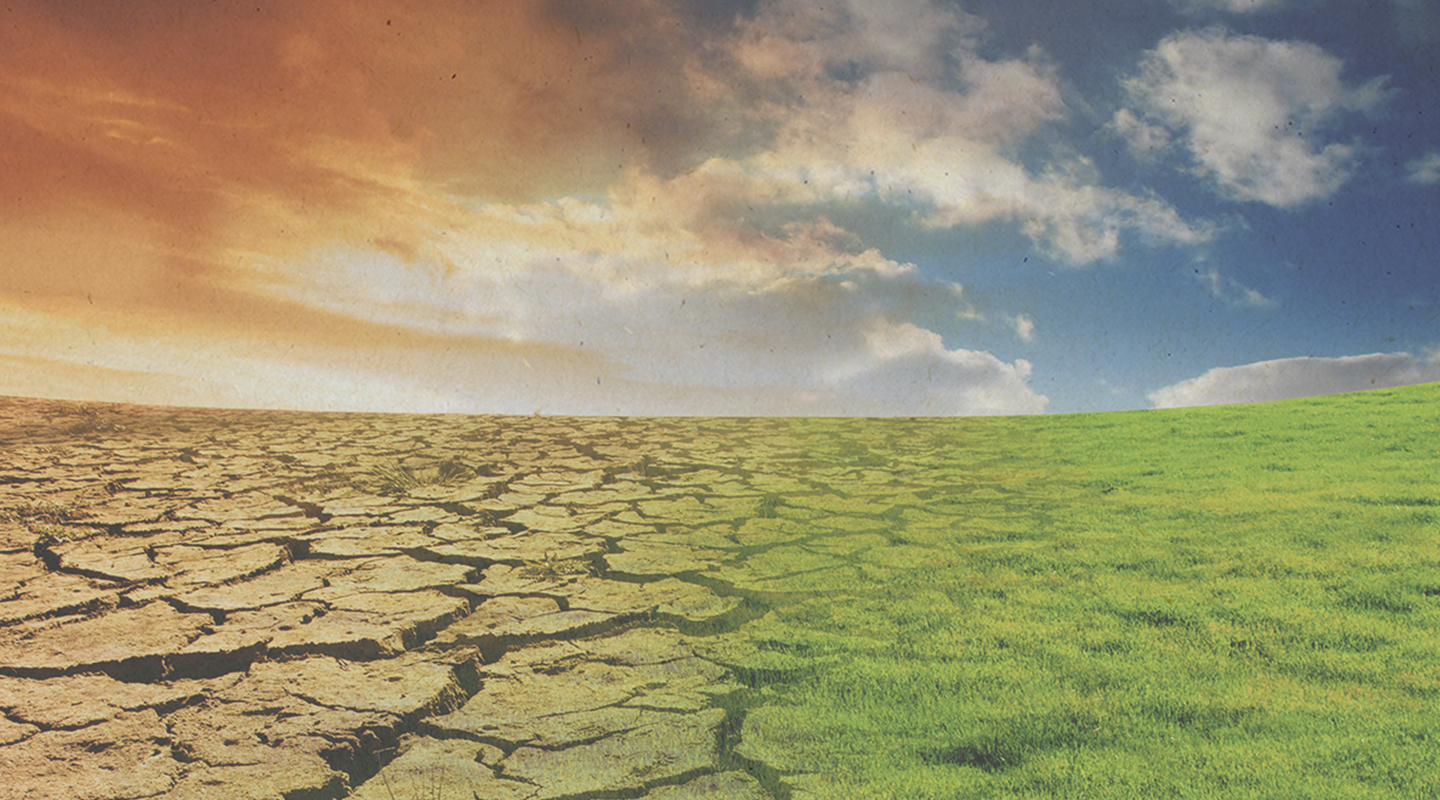 Pulling softly on the reins of her horse, Artemis slowed her steed down enough to allow herself a cool drink of water from her side pouch before urging her mare onward. Soon enough she knew they would have to stop for an actual break. Her mare’s mahogany coat was darkened with sweat. They were both riding hard.

But Artemis had no other choice. Moments after she received the note from whoever stole her stag, word quickly spread among the Gods thanks to Hermes. The responses she received ranged from dull sympathy to pledges of help, and she couldn’t help but examine each word of each message looking for clues. A God always has enemies, but Artemis had few… as far as she knew. She supposed she was going to have to face them all to get her answers.

Meanwhile Hermes had spotted a large stag during his journeys across Greece. Of course, with thousands of wild deer wandering around the land, there’s no way of knowing if this stag was indeed Em. It was a wild goose chase, or wild stag chase in this case. Yet, she had no other choice and couldn’t sit around at home waiting anyway. After gathering a few supplies and giving instructions to Demeter on how to care for her gardens while she’s away, Artemis desperately rode north, toward the heart of Greece.

After another hour of riding she slowed her mare down again, this time stopping completely as she came upon a cart stopped in the middle of the dusty road. An older man was kneeling in the dirt in front of one of the worn wooden wheels.

“Good day sir,” Artemis called out, not wanting to startle him. “Is something broken?”

The man slowly stood up, removed his hat revealing silvery strands of wispy hair and wiped his arm across his glistening forehead before deftly placing the floppy brimmed straw hat back on his head.

“The axel,” he replied looking down at his cart. “Again. The Gods surely aren’t favouring me today… or at all in recent months. Sometimes it feels like they’ve abandoned us to suffer in our plight.”

Artemis inwardly bristled at the insult, while also knowing at the same time she and her fellow Gods often spent way too much time merrymaking and too little time worrying about the humans they were meant to watch over.

“Have you the tools to fix it?” she answered, ignoring his mention of the Gods for now.

“No, and I don’t suppose you have anything in that saddlebag of yours,” the man said doubtfully.

“You’re right,” said Artemis smiling. “But can I give you a ride somewhere?”

The man nodded gratefully and walked over to her horse. It took him a few tries before successfully climbing on, but soon enough they were on their way.

“I appreciate the help,” his voice called out softly from behind her. “I know it’s not fitting for a lady to be riding with a strange man like this. I’m Argus, so now at least we aren’t strangers.”

Artemis had to keep from laughing at the idea that this elderly man could do her any harm. Yet to him she was a mere mortal woman who probably shouldn’t even be riding alone without a man to escort her.

“Athenasia. It’s a pleasure to have company,” Artemis said, giving the same false name she always used when talking to humans. “How far to your village? Farm? Where are we headed?”

“Athenasia?” Argus replied, ignoring her question. “Immortal. Your parents had lofty ambitions naming you that.”

Again Artemis had to suppress her laughter, but she only nodded in response.

Both riding in silence, Artemis turned her attention to her surroundings. Where tall hearty plants should have been flourishing around her, only acres of dirt and dried tusks of failed growth could be seen. It was devastation, pure and simple. She knew these
communities depended solely on their crops. Without them, there was no money, no food and no hope. She wanted to ask about her stag, as wild deer were probably more rare sightings around the farmer’s crops. Yet after seeing the sorrow in the old man’s eyes and witnessing the catastrophe around her, Artemis failed to find her words.

It took several minutes of cantering down the narrow dirt road they came to the entrance of a farm. Argus motioned for her to turn, so Artemis led her mare down the narrow path toward the farmhouse in the distance. Here too, the crops were dried up, browned, withered and ruined. A woman hurried from out the front door, wiping her hands on the apron she wore around her waist. The woman wore her white hair in braids pinned on top of her head and her cheeks were smudged with dust.

“Argus, where’s the cart? Don’t tell me it broke again? Hermes help us, that blasted thing is more a curse than a help,” she said before taking the shortest of breaths and starting up again. “And you found some poor woman to drag you home? Thank the Gods for that, but what an inconvenience for you my dear! I hope we haven’t put you out. I’d offer you something grand to eat in return, but we only have some old barley bread. Oh, I have olives to go with it! Do you like—”

By this point Artemis and Argus had dismounted the horse and were right next to the incredibly talkative woman.

“Elpia,” said Argus, interrupting his wife, “Barley bread and olives will be fine. This is Athenasia.”

“Pleasure to meet you my dear, though you’ve certainly travelled to this region at the most wretched of times. I can’t even begin to explain how everything has just gone terribly wrong—”

“Darling, she doesn’t need to hear our sad stories, I’m sure Athenasia has places to be. I’ve already derailed her from her own journey long enough.”

Artemis thought about her missing stag, knowing he was out there in danger or in trouble, and desperately needing to find him. Then she looked around and knew the search for Em could start again tomorrow.

“Please, you can tell me what’s happening. I’d really like to know.”

The tale, as she knew it would be, wasn’t new to her as failed crops and starving communities were stories as old as humans themselves. But seeing their gaunt eyes, hearing about their neighbours’ children going to bed hungry, of friends losing their farms, and of the entire region unable to buy even the most basic necessities, Artemis quickly formed a plan. After they finished, she walked into the closest field, as Argus and Elpia gave each other questioning glances. Artemis dug her hands into the soil and gazed up at the sun. Then she smiled.

“Can you bring all of the famers here after I am gone?” she asked the old couple. “I want to help all of you.”

“There’s nothing you can do,” Argus stammered, obviously confused as how a young stranger could do anything to help their problems. “Every year our yields are smaller and then there are years like this, where everything is ruined and we are left wondering why the Gods want us to fail.”

“Not all of us do,” Artemis said softly. “Sometimes we just get lost on our own paths.”

“My name isn’t Athenasia, though I am immortal as it means,” Artemis said, thinking ahead of how she would make these simple people believe she was really a God. “I’m Artemis, Goddess of the hunt, of the moon and of the natural earth around us. Demeter is protector of the harvest, and she has been so busy helping me, she hasn’t noticed her people’s plight. But I can help you here and now.”

The couple burst into laughter, as she knew they would, so Artemis pulled out a small burlap sack out of the bag on her shoulder. Opening the sack she sprinkled a handful of seeds into her palm. Watching curiously, the couple took two steps closer as Artemis placed a few of the seeds into the earth, covered them and lightly pressed her palm over the soil. In seconds tiny green sprouts emerged right in front of their eyes, and in less than a minute several full-grown plants stood tall and healthy.

Shocked speechless, the couple fell to their knees. Artemis picked one of the fragrant green buds and held it out to the farmers.

“Though not a food crop, this plant will change your lives. These buds can be dried and used for medicine. Other varieties can be grown to make strong fabric and rope. It’s hearty seeds can be eaten and used in cooking,” Artemis glanced at the couple, making sure they understood what she was saying, “Bring your friends here and I will give all of you enough seeds to grow these herbal plants as your new crops.”

Tears streamed down Elpia’s cheeks as she clutched the herb in her hands.

“I’ve heard of this plant. Artemis—you—are famous for healing those in need with it,” she said in awe. “Many stories are told about it. And now… now you’re just giving it to us?”

“At what price,” Argus said, finishing Elpia’s thought. “Herbs of the Gods aren’t granted for free. It is known that those who take or use these without your permission are punished.”

“Yes,” Artemis admitted. “That is the way it used to be. I hoarded my plants and healed only those I deemed worthy. I was selfish to keep such potent medicine to myself. Now, it is yours… to grow, to harvest, to use and to sell. These herbs will thrive in this soil and under this sun. Year after year your crops will flourish and you will profit greatly. In turn, everyone you know will lead healthier, happier lives.”

Artemis looked up at the falling sun and knew she had to move on. It was Apollo’s signal that she had stayed in one place too long. Her search must continue. In an instant Artemis’ small sack of seeds became several large ones, enough for each farmer to grow different varieties of her herb. Argus and Elpia stammered promises of altars and sacrifices, but Artemis softly shook her head.

“Sell your herbs at a good and profitable price, but remember to help those truly in need who may not be able to afford them,” she said as she grabbed the reins. “Promise me that and it will be payment enough.”

With that, Artemis rode back down the dirt path and, hopefully, closer to her stolen stag.