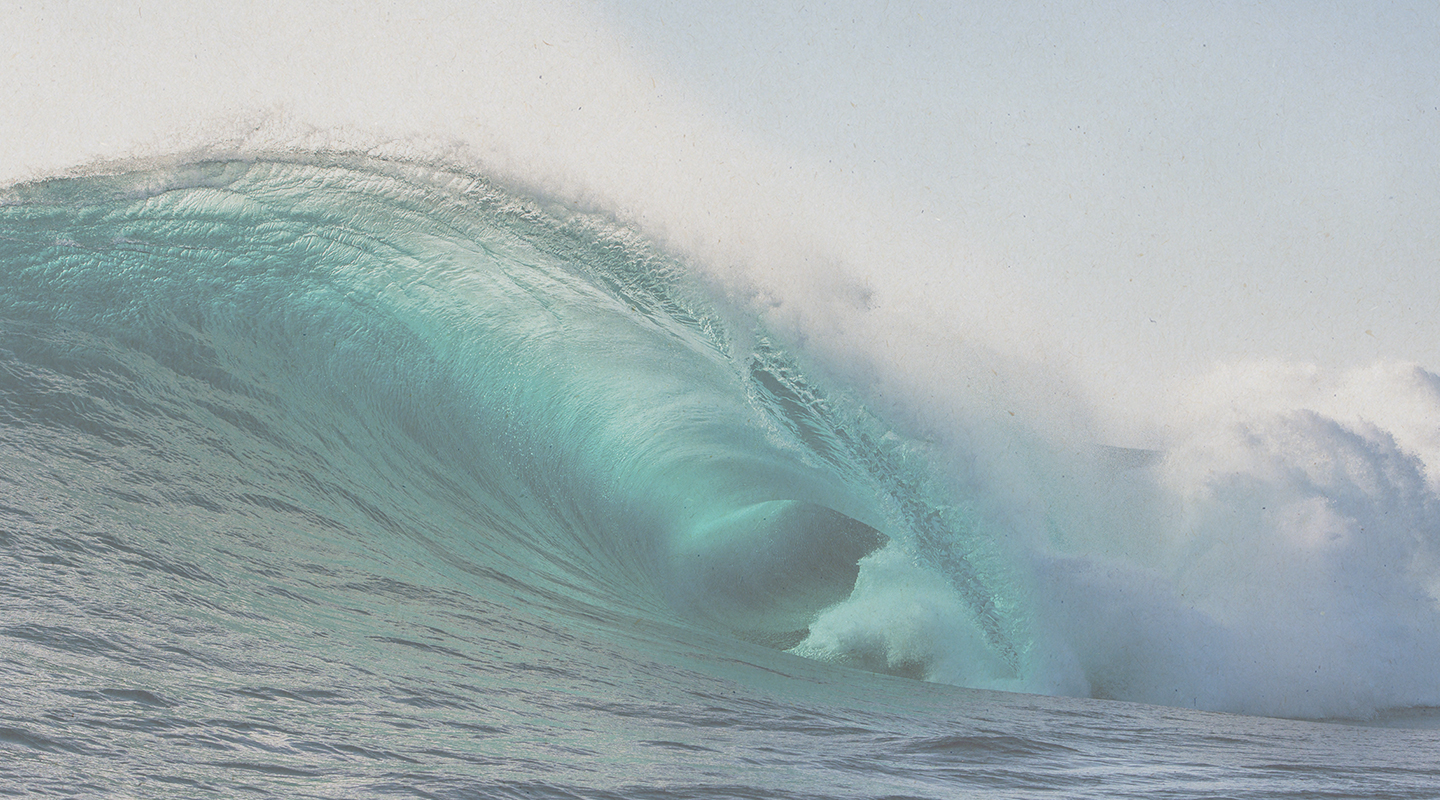 Artemis stood at the edge of the cliff, looking toward the sea.

The cloudless azure sky and deep sapphire water created a solid wall of blue in front of her. Only the blinding sun and its reflections upon the undulating waves below created a break from the all-consuming blue. The Gods were a gossipy bunch, whispering in cliques and spreading stories both true and false. Pheme, the Goddess of gossip was at the heart of it all, and while Hermes tried to only deliver the most believable stories of her stag’s whereabouts, it was impossible to truly know what was real and what some bored river nymph had concocted.

However, several sources had led her out of the land of crops and fertile soil to the edge of Greece, with its rocky shores and pebbled beaches. Now that she was here, Artemis wasn’t certain what her next move should be. She was comfortable within her deeply shaded forests and lush comforting gardens, so feeling guarded and unsettled she stared at the water, willing a plan to come to her.

“How do I find you now Em,” she said out loud to the sea, knowing her stag couldn’t respond or even hear her.

She could try to summon Poseidon.  But the sea God was moodier than all others, and just as likely to hinder her mission as he was to help it. The sea nymphs known as the Nereids often helped mariners in peril, and were legendary for riding around on dolphins simply to find drowning human men to rescue. One might help, for the right price, and Artemis saw no other option. Leaving her mare to graze near a tree, she searched for a path that would take her closer to the edge of the water.  Artemis’ mind was occupied pondering how one summoned a Nereid and nearly tripped over a man sprawled in front of her.

He was grown, but young; well built, but fragile-looking and injured. He was spread out on his stomach along the ground as if he had suddenly fallen whilst walking. Artemis knelt down, examining him closer and noticed his bloodied limbs, the red blood still fresh and not yet congealed. Her immortal senses told her he was alive, but the wounds looked deep and the ground around him was darkened with his blood. She needed to move on and find Em. There was no time to stop and help every human along the way. And yet, this was her mission, wasn’t it? She needed to help where and when she could. Perhaps this man was placed in her path for a reason.

“Hello,” Artemis said softly, wanting to wake the mortal, but not wanting to scare him into worsening his injuries. She touched his cheek and sighed.

“Well that didn’t work,” she murmured out loud. “I guess I have to drag you myself.”

Artemis needed to get him out of the unforgiving sun and into a shady spot where she could tend his wounds.  She looked around and only saw rock and water. No place suitable for a makeshift infirmary. That meant one thing—dragging him all the way up to the trees where she had left her mare. Of course, a Goddess had strength several times stronger than a human woman, but that didn’t mean Artemis was keen on hauling him. She gripped each of his large dirty hands in hers and prepared to start moving him. Suddenly, seconds into her climb his hands forcefully clenched hers right back and his eyes opened, narrowing in on her.

“What in Zeus’ name are you doing to me?” he shouted at her, pulling his hands away from hers.

“Excuse me?” Artemis huffed back, “I was trying to help you!”

“By dragging a bloodied man across rocks and stones? Thanks, but I was just fine where I was,” the man quipped as he rolled over onto his back and tried to stand.

He got up to his knees, raised up and then toppled back to the ground with a moan.

“Yes, you are doing just wonderfully on your own,” Artemis said, trying as hard as she could to suppress a smile.

Humans would be so impossibly stubborn and this one acted like he was a God. Yet, now that he was awake she sensed something more than pure human in him. This man was a demigod. She wondered if he was aware and realized this was the only reason he was still alive.

Artemis knelt down beside him until she was eye to eye with the man. She could sense his pain, which was second only to his frustration.

“Let me help you,” she said softly, hoping that his ego would subside long enough for her to aid him. “I have medicine.”

The man started to shake his head, but reluctantly and silently nodded. Artemis opened the bag she carried over her shoulder and rummaged through, looking for the balm and oil she had packed carefully. First, she removed the bottle of oil, wrapped delicately in paper. Artemis twisted it open and held it up to the man.

“Open your mouth. I’m going to pour some of this to help your pain,” she said authoritatively.

“What is that? How do I know you’re not poisoning me? Maybe you’re sent from my enemies to finish me off,” he protested, suddenly dubious of the tinted glass bottle she held in front of him.

“At least tell me what’s in that.”

“This is a precious oil made from the herbs I grow. They hold powerful medicinal properties and won’t harm you,” she paused. “I promise.”

The human nodded and let her carefully deliver several drops of the oil into his mouth. Without waiting she took the balm and a clean rag out of her bag.

“Now what?” he muttered.

“The oil will take time for its effects to appear. In the meantime, I’m going to clean your wounds and apply this herbal balm,” she replied, dousing the rag with water from her pouch. “And perhaps you can tell me what led you to this state. You asked questions of me, now I’m asking them of you.”

He quickly sucked in his breath and bit his lip as she cleaned the gash along his upper arm.

“Well if you’re going to finish me off, you might as well go on to tell my tale,” he relented. “No one else will have the chance. I’m Theseus, son of Aethra and Aegeus.”

“Aegeus the king of Athens,” Artemis questioned out loud, thinking that she knew there was some divinity in him. “Are you sure about that?”

“Well, my mother says that Poseidon shares in my paternity, but I’m not sure how that works,” Theseus said, giving her an inquisitive look. “How would you know that?”

“It takes one to know one,” Artemis answered, laughing. “I happen to know your father… well one of them. The immortal one.”

“I’m Artemis,” she answered for him, rubbing the herbal balm over the wounds on his arms and legs. “So Theseus, how did a demigod find himself bloodied and passed out along the sea? Are you trying to get Poseidon to help you with something because you don’t know your dear old father like I do…”

“No, I’m on a great quest. A heroes quest!” Theseus bellowed, with sudden vigor. The herbs must be working their magic. “I have to find my father’s hidden sword and sandals to prove my birthright and claim myself as the heir to the throne of Athens.”

“But that’s only the beginning,” he replied. “For it was foretold that after I find these gifts I must travel the path around the Saronic Gulf and encounter the six entrances of the Underworld.”

“Oh. That’s rough,” Artemis agreed, thinking about how hers was just one of so many quests in the world, with others having life or death consequences. “I’m on a quest of my own, though not nearly as dire… for me at least. My stag has gone missing, stolen by a vengeful God and I’m in pursuit.”

She need not explain more, for Artemis’ friendship with her beloved and important stag was known worldwide. Theseus rolled his shoulders and stretched out his neck.

“Your medicine, it’s amazing. And it all makes sense now,” Theseus said, looking at Artemis. “I can’t believe I accused you of trying to poison me—the great Artemis and her herbs. Thank you for stopping to help. If it weren’t for you, maybe my great quest would have been over before it even started.”

“I’m sure you would have healed, it just would have taken a lot longer and you would have suffered greatly,” Artemis replied. “Here, take these with you on your journey. You’ll probably have need for them and I have more in my horse’s satchel.”

She held out the herbal oil and balm to Theseus and stood up, knowing her time here was over.

“You haven’t seen a stag running around near the sea have you,” she asked, as she turned to walk away.

“I’m sorry Artemis, I wish I could say I have,” Theseus replied taking several steps back toward the path going down to the sea. “Thank you… for helping me today and, I’m sure, for helping me through my quest.”

Artemis smiled at Theseus, suddenly knowing without a doubt that he’d conquer the six entrances to the Underworld and go on to become a legend. She made her way back to her mare, knowing this seaside destination had been fruitless in her pursuit, but necessary for someone else’s. Sometimes getting lost held its own purpose. And if nothing else, Artemis thought to herself while staring out at the depths of the sea, the views were spectacular.