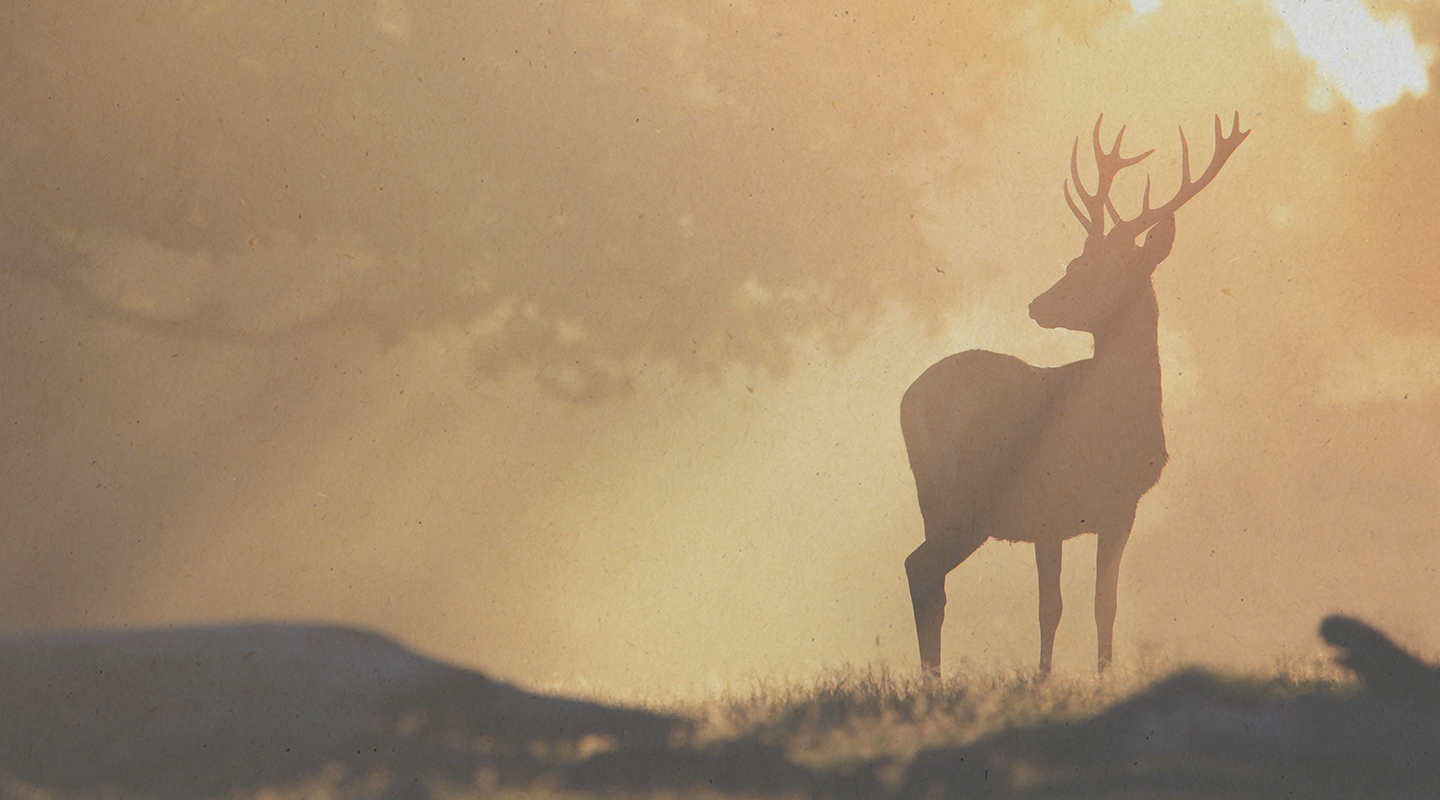 The days were long now and the evenings pleasantly balmy. The summer solstice was almost here, and Artemis made sure to enjoy every warm day by staying outdoors as much as possible. This evening she was reclined in a wooden chair, a small table set up next to her, burdened with a platter of food, a pitcher and a drinking glass flecked with beads of water vapor. Artemis surveyed the plethora of options on the platter before plucking a plump, tender olive and popping it into her mouth. Around her glowing fireflies took turns lighting up the night in a soothing, melodic rhythm. The evening would be perfect if it weren’t for one thing.

Artemis’ stag had gone missing. It had only been a day, but this was an unusual occurrence. Usually he stayed close to her side, especially when the weather was warm and she spent most of her time out of doors, savouring the quiet of her forest or tending to her herbs. Though sometimes he had his own missions and his own adventures. But no matter how far he wandered during the day, he always stopped by before she turned in for the night—even if only briefly. It was as if he knew she would worry if he didn’t make an appearance. And he was right.

She had a large tin bucket nearby, filled with juicy berries and earthy nuts that her stag preferred over grass and twigs. Artemis certainly didn’t blame him. But as the evening wore on it was clear that no edible temptation was going to make her friend appear. Knowing he wasn’t likely to emerge this late anyway, Artemis gathered the remnants of her supper and slowly walked to her cabin. With one final glance at her surroundings, listening for any telltale sound or sight, Artemis sighed woefully and closed her door.

After her daily herbal morning tea and a quick walk through the woods, searching for signs of her stag, Artemis tried to occupy her mind by tending to her greenhouse herbs. She was carefully cross-pollinating two of her favorite breeds by collecting pollen from her hearty male plants. When she had enough it would be time to fertilize the pistils of her female plants. Creating a brand-new type of herb and combining the best properties of each for a new type of medicine was usually one of her favourite greenhouse tasks. Today, her heart felt heavy and her task unimportant.

The greenhouse door abruptly opened causing Artemis to absent-mindedly run her pollen-dusted fingers through her hair.

“Who’s there?” Artemis called out, not being able to see the door from her angle thanks to the tall plants between her and her guest.

“It’s me,” the visitor announced. And Artemis quickly expelled the breath she didn’t even know she had been holding.

“You’re not even in your riding gear Artemis! Go change and quickly. I’ll grab your bow, and before you even ask, yes I packed snacks.” Demeter laughed, knowing her friend’s eternal need for nibbles to munch on during their frequent expeditions.

As Artemis walked up to her friend, Demeter’s laugh halted and her eyes filled with concern.

“Artemis, what is it?” Demeter asked gently. “I’d normally be making a joke about your ungodly state of dishevelment right now, but I fear there is something truly amiss.”

“Em is missing,” Artemis said, her voice breaking. “I haven’t seen him in two days. Something is wrong. I just feel it.”

The two goddesses stood there silently for a few seconds, each not exactly knowing what to do next. Suddenly Demeter sprung to life.

“Well, we were going out riding anyway to search for those bandits who’ve been stealing from the northern fields. While we’re hunting for those scoundrels we can also search for your stag,” Demeter was already leading Artemis to the door. “Quickly change and I’ll ready your horse.”

Minutes later, Artemis having replaced her gardening dress with something a lot more appropriate for a lengthy horseback ride, burst out of her front door to see Demeter on her buckskin mare. Artemis deftly climbed onto her own chestnut-hued horse, gave her a quick pat on the neck and signaled toward the path in the distance.

After hours of searching astride their horses, Artemis was nearly in tears and exhausted beyond belief.

“I think we should stop for a break,” Demeter pleaded.

“No,” Artemis countered with a steely tinge to her weary voice.

“You won’t do Em any favours if you get sick from exhaustion or fall off your damn horse,” Demeter argued. Then her voice softened, “Come on Artemis. You haven’t eaten in at least seven or eight hours. I think that must be a record for you.”

Looking across at her friend’s troubled face, Artemis sighed and even managed a small smile.

“Yes, I suppose you’re right,” she conceded, slowly sliding off her horse.

As Demeter dug into her bag for the food she had brought with her, Artemis sat down in the grass, closing her eyes and wondering where her missing stag could be. Where has she missed? What could have happened to him? She opened her eyes to see Demeter passing her a wrapped package. She unfolded the cloth to see a thick slice of her own honey cake. One that was infused with calming herbs

“Being anxious isn’t going to help your stag,” Demeter quickly said as she glanced down at the cake. “Please have some, even if it’s just a bite. You’ll be able to think better and will feel better once you’re not so panicky.”

Artemis nodded, knowing that she would have recommended the very same thing to anyone else in her situation. She took a small bite of the infused honey cake and chased it down with a few gulps of cold spring water from her animal-skin pouch. After several minutes Demeter cleared her throat.

“It’s getting late,” she said with sorrow. “I think we should head back. We don’t have supplies to stay overnight.”

Artemis nodded again, her mouth full of sweet cake. She knew Demeter was right. Her stag wasn’t going to be found today. The two finished up their snacks and started the long ride back to Artemis’ cabin.

When they arrived, Artemis found Apollo standing outside her stable door.

“I wasn’t expecting you brother,” she said. “I hope you haven’t been waiting long.”

“I had a feeling something bad had happened,” Apollo replied. “You know, twin intuition. And I can see I was right. What’s wrong?”

“He’s gone!” Artemis said, the tears threatening to escape all day finally poured down her cheeks. “My stag is gone.”

“Are you sure he isn’t out, um, romping around with a pretty doe? Or maybe he decided to, you know, go on an adventure?” Apollo said lightheartedly.

Artemis gaped at him, while Demeter smacked his arm.

“This is serious brother. To me at least,” Artemis said, narrowing her eyes. “You of all people should know just how important Em is to me.”

Seemingly chastened, Apollo gently touched her shoulder and the three gods walked toward her cabin. As they approached Artemis noticed a piece of parchment pinned beneath a stone on her front porch. She ran up to it, tossed the stone and grabbed the crinkled paper. She read the words and fell to the ground. Demeter claimed the parchment and read the note out loud.

“You have wronged me. You have scorned me. You have underestimated me. And now, you’ll never see your stag again,” Demeter read softly before turning to look up at Apollo. “Who would do this?”

Apollo shrugged and the two looked over at Artemis.

“I don’t know,” Artemis said, her sadness replaced by fierce, unapologetic anger. “But I will find my stag. I will search from Olympus to the Underworld if I have to. And this thief… this contemptible, wretched and vile person—whether human or God—will pay.”