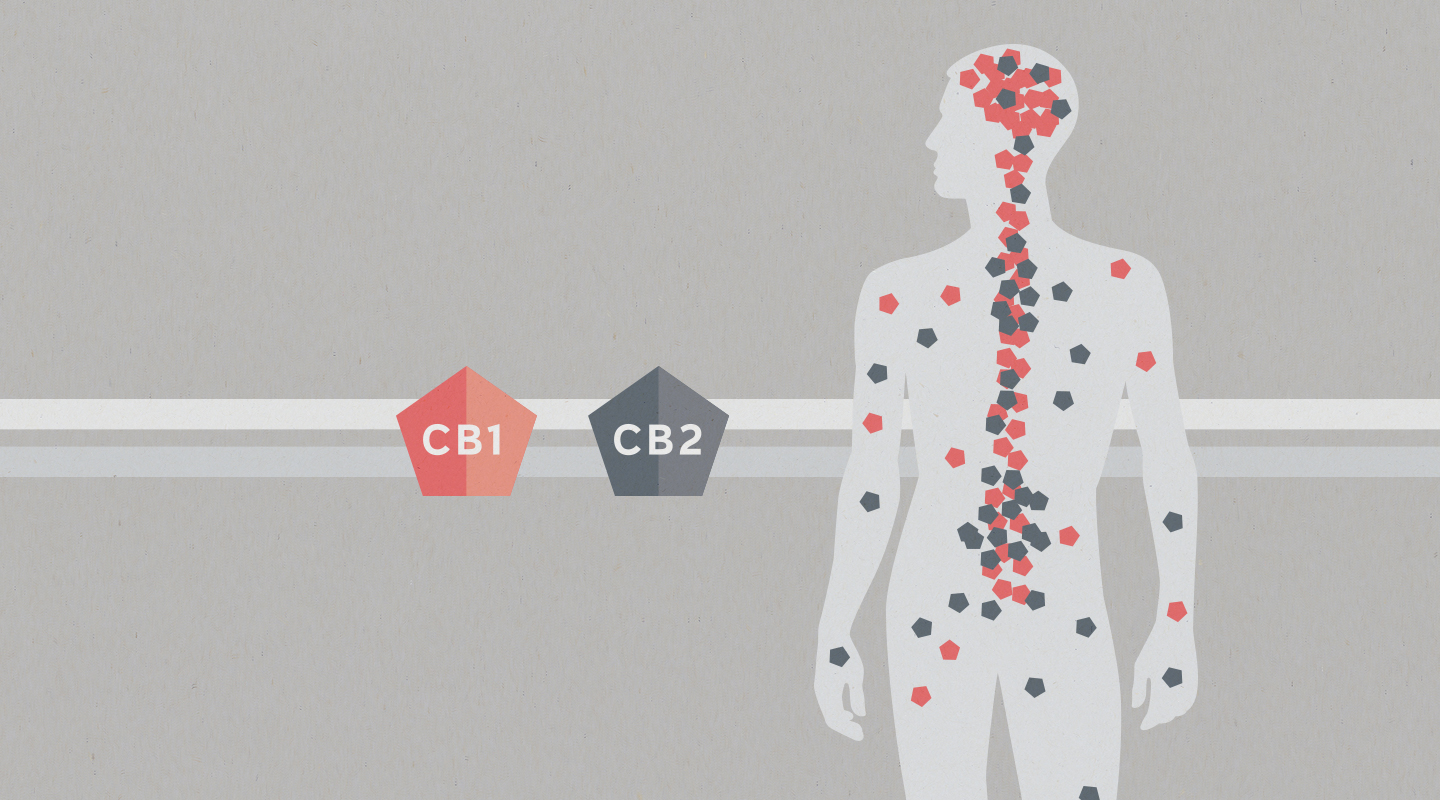 How Cannabis Interacts with your Body: CB1 And CB2 Receptors

If you’re at all like us, you find the exploration of how cannabis works within the human body incredibly fascinating. Within the last few decades, intense research has revealed some of the mysteries behind why the cannabis plant creates a variety of medicinal and psychoactive effects on the human body. Most of the findings are either too recent or considered too controversial (thanks to negative associations with cannabis), and haven’t even been added to school textbooks or even most medical school courses. That’s where cannabis educators come in, so settle in and get ready to learn—no highlighting or note taking necessary.

Before we dive into the cannabinoid receptors themselves, we need to first explore the endocannabinoid system. Discovered in the 1990s by scientists studying the effects of cannabis on the body and named after the cannabis plant, the endocannabinoid system (ECS) is a type of communications system within the brain and body. Comprised of a collection of specialized lipids, their cannabinoid receptors, and enzymes that help maintain basic actions and respond to illness, the ECS affects a variety of functions, including metabolism, circulation, energy and organ function.  Some scientists even believe that the ECS helps balance and regulate proper homeostasis, which is the body’s ability to maintain the best possible conditions and proper calibration of every system that keeps you running. Through various duties, the endocannabinoid system is thought to affect and play an important role in a plethora of physiological symptoms including pain, appetite, memory, mood, inflammation, sleep health, stress levels, anxiety, digestion and more.

CB1 receptors are generally found on nerve cells in the brain and spinal cord, which is how cannabinoids create effects dealing with memory and pain.  However, they have also been located in organs and tissues such as the spleen, white blood cells, endocrine gland and parts of the reproductive, gastrointestinal and urinary tracts.  In addition to their pain and memory effects, CB1 receptors are also thought to affect sleep and appetite. These receptors in the brain are also responsible for the psychoactive effect of cannabis.

The study of the endocannabinoid system and its CB1 and CB2 receptors is only beginning. It’s our vision that with the burgeoning normalization of cannabis use, that the scientific and medical communities continue to unlock the still hidden mysteries of how this system works and how cannabis can help future generations.