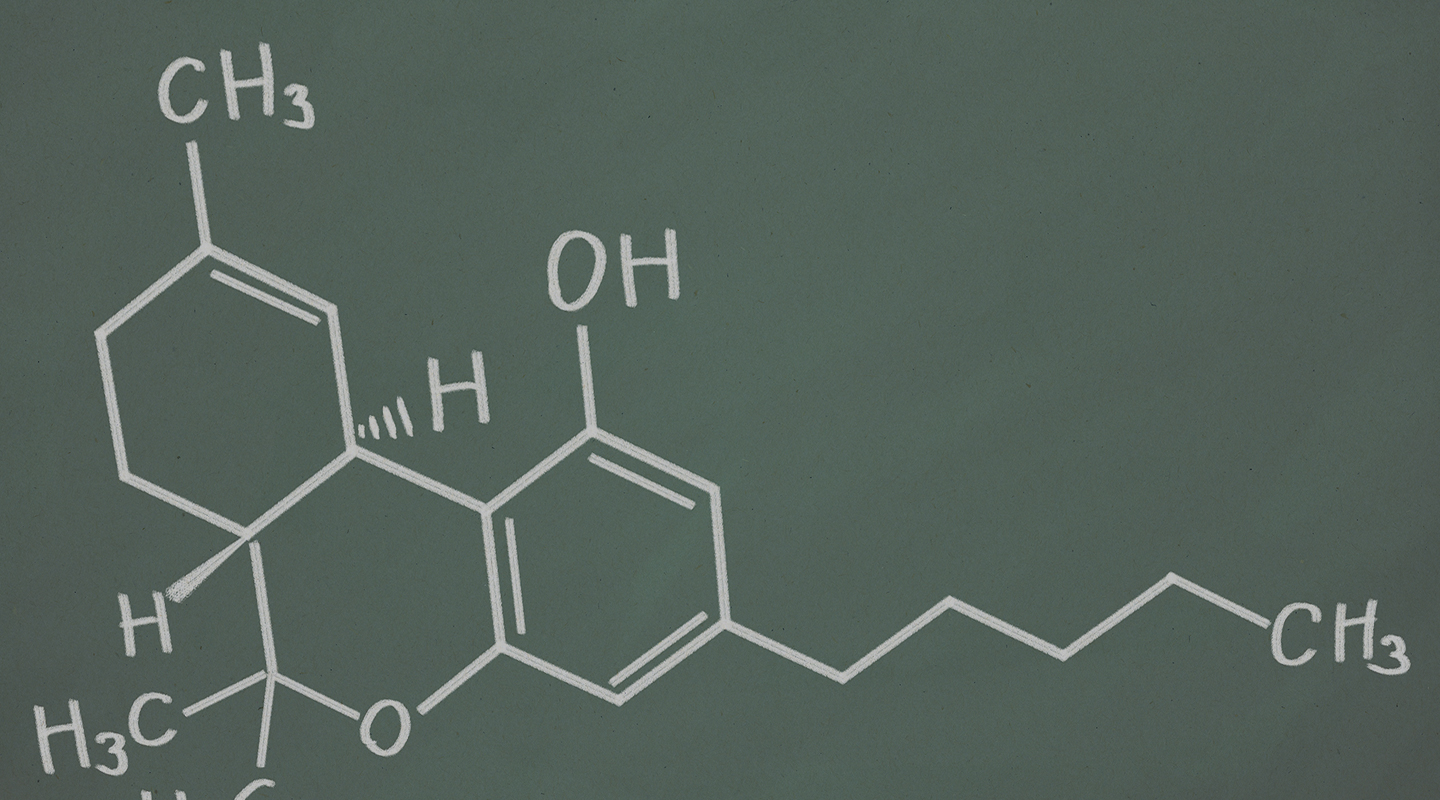 Some of the most common cannabinoids found within medical cannabis include:

The most famous and well documented cannabinoid, THC acts as psychotropic, resulting in it primarily being associated with the psychoactive effect of feeling euphoric. One of the most important scientists in cannabis history, Dr. Raphael Mechoulam, is not only known for discovering THC, he also discovered a neurotransmitter and endocannabinoid naturally produced in the body known as anandamide. Anandamide appears to produce a heightened sense of happiness and well-being through the body’s endocannabinoid system. As THC and anandamide both activate the same cannabinoid receptors in the human body, it is thought that cannabis may produce similar effects.

Although THC has held the spotlight for years, scientists and doctors have turned their attention to CBD as a key compound in cannabis. Although CBD works within the brain and endocannabinoid system, it is not a psychoactive compound in the sense that it does not provide the same euphoric (or ‘high’) feeling associated with THC. This makes it an important compound for medical reasons. In addition, it is believed that CBD works synergistically with other cannabinoids (especially THC) and terpenes to create the “entourage effect”. Similar to how an orchestra produces a unique sound by harnessing the power of different instruments, the entourage effect is how cannabis creates unique effects within the human body based on an individualized set of plant compounds.

A common cannabinoid found in cannabis (though it is probably one you’ve never heard of) that offers multiple non-psychoactive effects, CBC is produced when the cannabigerolic acid (CBGA) converts to cannabichromenic acid (CBCA), and is later transformed into CBC during the heating process.

The cannabinoid CBN shares many of the same characteristics and benefits of CBD. As CBN is converted from THC, there are usually only very trace amounts in most strains. However, the CBN values tend to increase the longer the strain is stored. Scientists are currently exploring ways of isolating CBN, so it can be extracted and used medicinally.

Powerfully potent, it’s been recently discovered that CBG may in fact be the parent cannabinoid for both CBD and THC, meaning that over time CBG compounds evolve into CBD or THC compounds.

The precursor to the three most prevalent cannabinoid acids found in cannabis (THCA, CBDA and CBCA) cannabigerolic acid (CBGA) is often converted into one of these three cannabinoids as it’s heated. However, if there is a large enough amount of CBGA, some of it can be converted directly to CBG when heated. Most cannabis strains test at less than 10% CBG, while industrial hemp can be as high as 94%.

THCA is almost the same as THC, but with the addition of a carboxyl group (some extra atoms). When the THCA is heated, that carboxyl group is lost and it becomes THC. In its original form, THCA is not psychoactive, but will become so after heating when it transforms into THC.

A precursor to CBD, cannabidiolic acid (CBDA) is a common cannabinoid in cannabis and transforms into CBD when heated, increasing the total amount of CBD in that particular strain. CBDA and CBD are known for effects that occur without psychoactive properties. Typical ratios of CBD to THC in CBD-heavy strains are 1:1, 2:1 and 3:1.